Since 2009/10 EDUCULT and “Wirtschaft für Integration” organise the multilingual rethoric contest “SAG’S MULTI!”. Children and young people from the 7th school grade are invited to register and to take a speech in German and a second language.

The topic for this year is: “We are all the same!?”

During the first competition in 2009/10 over 100 children and young people presented their skills. In the second year 2010/11 more than 250 participants registered and the year after over 300 applicants were counted. During the fourth and fifths competition over 400 talented young people were part of “SAG’S MULTI!”. 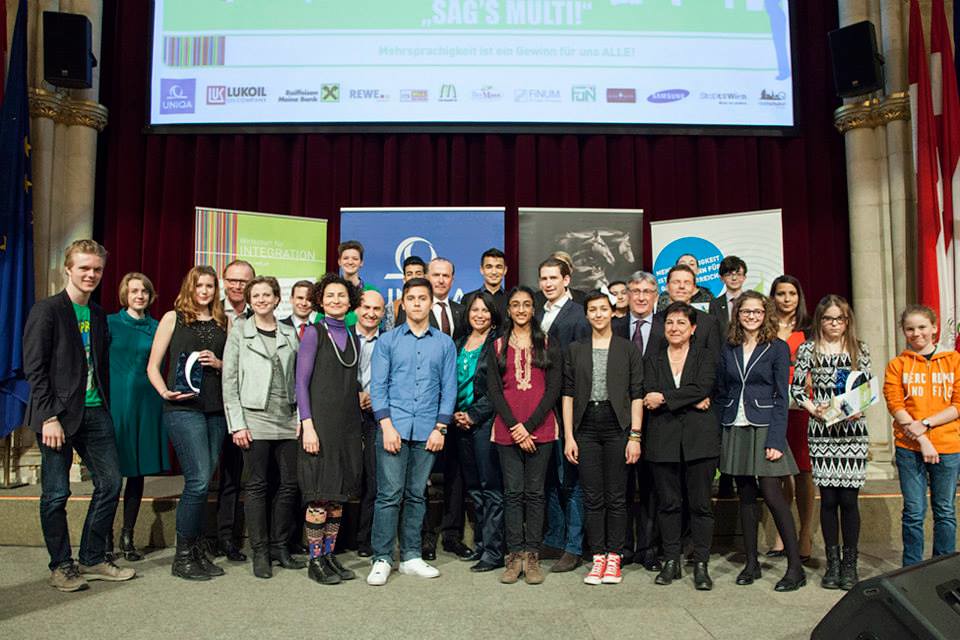