This project took place for the first time in 2009/10. Every year upwards of 500 pupils with and without migration backgrounds craft speeches in German and a second language of their choice. The contestants must impress a professional jury not only with their language skills, but also with the content of their speeches. The competition was initiated by Verein "Wirtschaft für Integration" and organised together with EDUCULT's help.

Since 2009/10 EDUCULT and “Wirtschaft für Integration” have been organising the multilingual rhetoric contest “SAG’S MULTI!”. Children and young people from the 7th grade on are invited to register and to give a speech in German and a second language of their choice.

The competition is split into three categories according to the contestants’ year in school. Each participant has to present a speech switching between their first language or another foreign language and German. They have to convince the jury of their language skills. At least one member of the jury will be a native speaker of the foreign language. The contest is divided into three stages: pre-selections, regional competition and finals. 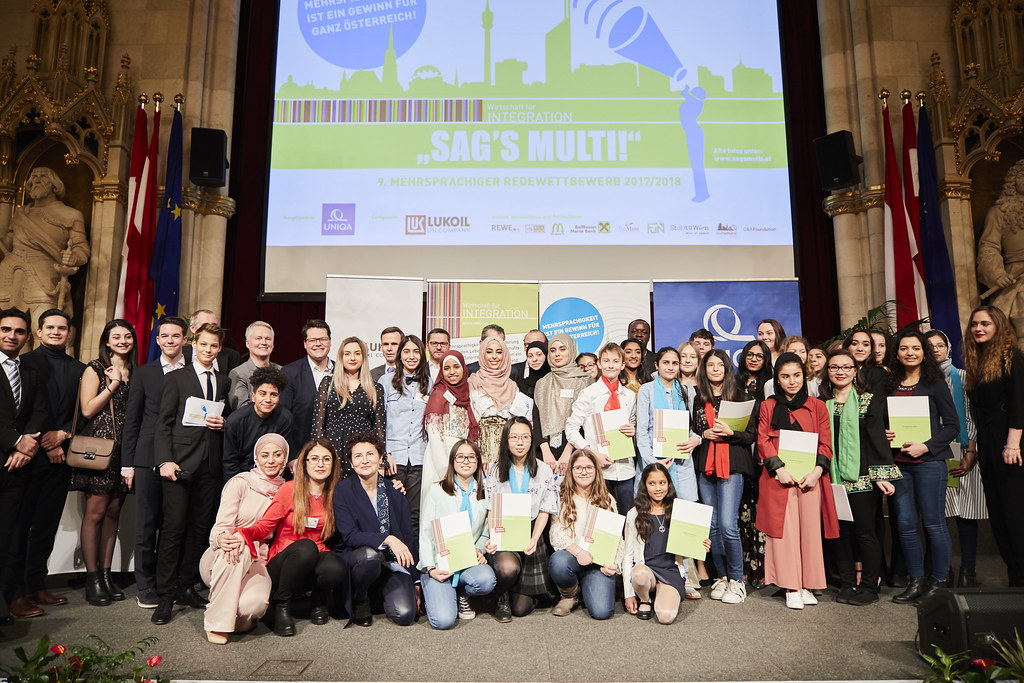