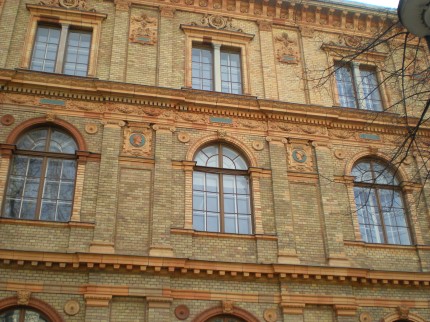 We warmly invite you to the conference “Cultural Policies and the Cities” that will be held at the University of Applied Arts Vienna on 2 April.

The conceptualisation of the conference was made by Michael Wimmer, director of EDUCULT and is linked to the key findings of the last year conference “Reinventing Cultural Policy“.

One of the key findings of last year’s symposium “Reinventing Cultural Policy” at the University of Applied Arts Vienna was the identification of the increasing cultural-political significance of cities. Although this development results to some degree from targeted measures like regionalization and decentralization, its causes are to be found first and foremost in the intensification of global economic competition.

More and more people live in cities. Simultaneously, the diversity of local populations is increasing. This gives rise to new lines of conflict and alters the cultural consciousness of city dwellers. Artists react to these developments. They see urban space as a crucial site of artistic intervention, and they seek to influence political, social and cultural development in the city. In the process they demonstrate that they themselves are cultural-political agents within the field of tension between political and civil activism.

What influence do politicians, citizens and artists have on the formation of urban cultural policy? Can differences in their approach be identified in a comparison of specific cities internationally? And how can one interpret the continuing development of the city as a cultural-political laboratory, in particular with regard to Vienna, a cultural center rich in tradition? With these and many other questions, the conference addresses persons involved in cultural-political practice and research, both students and participants in artistic and cultural scenes, but also business interests and activists in civil society.

The symposium is held in coordination with the exhibition “Fragile Hands”.

Barbara Putz-Plecko / Artist and Professor at the University of Applied Arts, Vienna

Introduction to the themes of the exhibition

Introduction to the conference

18:00 Closing Panel: The future of cultural policies in cities

(co-organised by the Newspaper Der Standard)

Gerald Bast / Rector of the University of Applied Arts Vienna