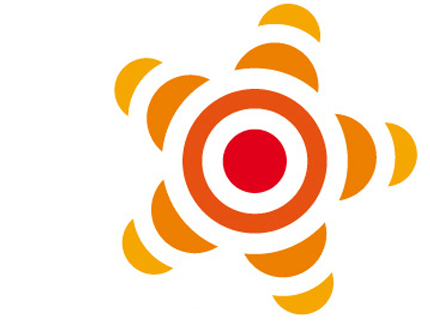 Recently during a rehearsal in the Burgtheater a stressed, young director burst out: “I hate the audience.” And far and wide, no one had opposed this. Quite obviously this young hopeful, with his aggression against those for whom he produces art, is not standing alone.Perhaps my fallacy already lies in the attribution of how a theater producer like him would make theater for somebody. It is much more likely that this counterpart does not even exist in his imagination (or, at best, in the form of a few selected critics). Rather he is concerned with the art itself, which would have to stand on its own, and for whose production, spectators are regarded as bothersome, at best.

The last workshop of „School INCLUSIVE Cultural Education“, which took place in Vienna in the end of April, was intensively used to elaborate a modular concept of further education and to create common guidelines of practical work. These guidelines shall be published in autumn. At the same time, several teachers and facilitators had the opportunity to join the Enrichment-Days of the Reformpädagogische Volksschule Karl Löwe Gasse and to visit the nature-branch of The Integrative Lernwerkstatt Brigittenau. In cooperation with the Vienna Municipal Education Authority, EDUCULT is temporarily developing an Austrian national program for cultural education, which incorporates experiences of the project „School INCLUSIVE Cultural Education“. The publication is expected in autumn 2017 as well.

The Germany wide survey of all members of the regional associations of independent performing arts, as well as the main part of the interviews with stakeholders in the detailed analysed federal states are accomplished. During summer, the last talks will be conducted. The intern interim report of the study is in preparation and will be delivered beginning of July to the German Association of Independent Performing Arts. One focus is on the results of the online survey, which especially allows statements about how the stakeholders of the Independent Performing Arts use funding programmes in the field of arts education. Other key aspects are the analysis of the funding programmes at federal level and of the federal states, as well as first insights into the stakeholders’ understanding of arts education.

Oleg Soulimenko is a Russian performer and choreographer living and working in Vienna and Moscow. He graduated in construction engineering before he decided to become a dancer. In 1990 Oleg Soulimenko founded the International Laboratory Saira Blanche Theatre. Their work has been shown throughout Eastern and Western Europe and in the United States and has evolved a deeply sophisticated, strong and provocative performance practice of improvisation. In 2002 Oleg collaborated with Tanzquartier Wien organizing and creating the project “East meets West,” an artistic dialogue between Russian and Austrian artists. In 2010 with brut Wien he originated the exchange project "Music here, Music there: Vienna ­Moscow" between Austria and Russia, which resulted in showings both in Moscow and in Vienna. With EDUCULT he talks about his origin, his experiences concerning migration, his work and temporary projects and the artistic relation between Russia and Austria

Cultural diversity belongs to the most important subjects of international cultural policy. In 2001 the Universal Declaration on Cultural Diversity was adopted by the UNESCO and the 21th May was dedicated to the Global Day for Cultural Diversity for Dialogue and Development. In favour of the Global Day for Cultural Diversity from 22 to 28 May 2017, the Academy of Arts Education has interviewed experts of Cultural Education from nine European countries. EDUCULT was invited to make a contribution in form of a video statement by Michael Wimmer about cultural heterogeneity.

On the 16th and 17th May 2017 in Capetown/South Africa, the conference of the International Theatre for Young Audiences Research Network took place. In the course of the World Congress and the Theatre Festival of the ASSITEJ more than 600 theatre practitioners, scientists and cultural mediators of all over the world met to discuss concepts, structures and contents of the theatre for young audiences as well as to watch and to play theatre. EDUCULT colleague Dr. Aron Weigl took part in the conference in the panel “Supportive system or repressing conditions? A critical questioning of concepts and structures for intercultural Theatre for Young Audiences“.

Polis and the People: Looking into the future of urban cultural policies

Polis and the people: Looking into the future of urban cultural policies explores the current status of cultural policy at a local level and the challenges that lay ahead. Culture Action Europe (CAE) has brought together a diverse coalition of players working in the field of culture and the arts at a local level; including artists, scholars and urbanists, networks, cities, cultural centres and foundations. This publication takes stock of local cultural policy development, reflects on what we have learnt and where we are, before describing possible avenues forward when considering culture from a local perspective.

The UNESCO Chair ‘Cultural Policy for the Arts in Development’ invites experienced professionals from all world regions to apply for the ARTS RIGHTS JUSTICE ACADEMY 2017, a one-week advanced training course with a focus on knowledge-exchange, and on understanding, protecting and defending freedom of expression and artistic freedom in relation to human rights and social justice. The ARJ PROGRAM includes an annual ARJ ACADEMY (August 24 – August 30, 2017), an annual ARJ CONFERENCE (August 30 – September 1, 2017) and regional ARJ LABORATORIES. It is important that artistic creation and the role of artists are considered in relation to human rights and freedom in society. To this end, the ARTS RIGHTS JUSTICE PROGRAM seeks to convey and professionalize skills, ensure the exchange of knowledge, make the most of multiplier effects and build expertise on the subject. Therefore, the aim is to strengthen and expand structures for the promotion and protection of artistic freedom. Further information to this project and to the participation can be consulted on the ARJ homepage.