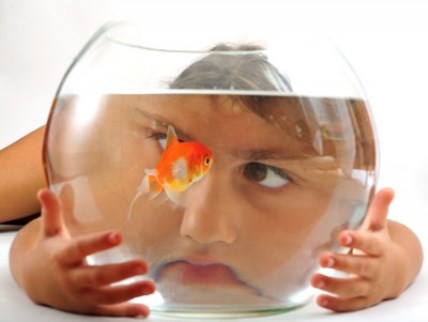 Welcome to our spring newsletter informing about current developments and events in arts, education and cultural policy and EDUCULT projects.

We are pleased to present one of our new projects Educational programs offered by the Austrian cultural sector. This study aims at the development of a first overview of educational programs that are offered for schools and also explore the willingness of cultural institutions to collaborate with schools in the future.

In Wimmer’s Quarterly Michael Wimmer reflects on international cultural projects and why they generate only limited interest.

Or: Why it is getting harder to generate interest in “culture and development” – even among the ones that are interested in arts and culture

A few days ago I was invited to a workshop on „Culture work in an international context“ at the University of Music and Performing Arts/Institute for Cultural Management and Cultural Theory (IKM). A few students and almost as many speakers were present. Again (just as on the conference on Cultural Diplomacy in November 2012 ), the impression emerged that the interest in reflecting on international cultural projects is limited.

The final conference Cultural Educators in Europe – Development of a new profession on 15 February 2013 in Vienna confirmed the importance of the working conditions of cultural educators when regarding the political priority setting on cultural participation across Europe.
We would like to thank the participants for their valuable input! The results of the conference will be incorporated in the final report to be published in April 2013.

work::sounds – How does the working world sound?

“work::sounds – make a guess!”, the video clips created by pupils of four schools for engineering, arts and crafts in Vienna are now online! We would like to thank everyone involved – pupils, teachers and enterprises – and are looking forward to the project sequel “remix work::sounds” in April 2013.

The research in the Ruhr area is completed. We would like to thank everyone who shared their knowledge and experiences with us in numerous interviews and at the round tables. The report in German is now available for download.

Process consulting for PIMP MY INTEGRATION

10 years after the beginning of the Viennese Theater Reform new developments in the city’s cultural policy were presented in a press conference. The results of EDUCULT’s process consulting for “Pimp my Integration” had been integrated into the Theater Jury’s work. City councillor Andreas Mailath-Pokorny emphasized the need to open all stages for postmigrant theater. You can download our report here (in German).

The fifth and final meeting of the Grundtvig learning partnership in Vienna was mainly focused on discussion in order to draw together the results and to come to a successful report on the project: How do we define „cultural learning“? Which concepts of „family“  are the basis for our project?  What qualities do institutions need to carry out education work for families? were some of the issues we discussed.

Launch of the “2013 European Debates” at Reseo Conference, 4 – 7 April in Vienna

The 2013 European Debates promoted by Culture Action Europe consists of a series of discussions on European issues linked to the campaign message of “We are more”. Aim of the debates is to foster the emergence of a citizen’s agenda for a sustainable, just and democratic Europe, based on a new social contract of which culture and the arts are pillars. The first debates will be hosted by the spring conference organized by Opera Europa and RESEO in Vienna “Engaging citizens in the creation process in times of social and economic instability”. A keynote will be held by the president of the European Commission, José-Manuel Barroso on “The European Citizen’s Entitlement to Culture”. EDUCULT will participate in the discussions and inform you about the major outcome next time.

The European Cultural Foundation (ECF) and the leading European Network on Cultural management and cultural policy education, ENCATC, have launched the call for applications for the 2013 Cultural Policy Research Award (CPRA). The winner of the CPRA 2013, worth 10.000 Euro, will be publicly announced in November in Belgium during the Award Ceremony and 10th CPRA Anniversary Celebration.

This World Summit will be one of the necessary steps to implement the recommendations of the Seoul Agenda on Arts Education. Therefore the steering committee has decided to bring different stakeholders in arts education together and to join forces in efforts to plan concrete next steps in implementing the Seoul Agenda on different levels. Polylogue II will take place in Munich and Wildbad Kreuth, Germany, 13 – 17 May 2013.

10th Council of Europe Conference of Ministers of Culture

“Governance of Culture – Promoting Access to Culture” from 15-16 April 2013 in Moscow. The 10th Council of Europe Conference of Ministers of Culture will highlight the added value of culture as a resource for genuine democracies and fuller participation of citizens. It will point out innovative approaches in the field of cultural governance, policy and practice.

From 21th-29th June 2013 ASSITEJ Austria in conjunction with the International Theatre Festival SCHÄXPIR invites artists from around the world to the ASSITEJ International Meeting in Linz. With the working topic FACING THE ARTIST seminars, discussions and workshops are dedicated to different aspects and topics such as music- and dancetheatre.

The CreArt Project – a network of European cities involved in promoting creativity – has launched the annual celebration of the European Day of Artistic Creativity for the next 21st of March 2013. The objective of this new and original initiative is to promote a broad concept of creativity, stating that it can be found in different fields such as visual, audiovisual or performing arts, as well as in technological innovation or social leadership.

In order to better reflect and monitor potential effects on the financial crisis, the new comparative table E.2 on public funding of culture has been developed in the ERICarts Institute. The table will be constantly updated, based on more recent figures in national profiles.