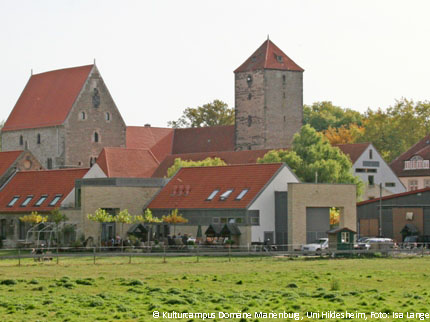 Big scientific events tend to be somewhat confusing. With almost 500 participants and more than 200 presentations in up to 14 parallel sessions (find the program here) the iccpr 2014 was the biggest international cultural policy research conference so far. As it was the 8th of the biannual conference, some routines were visible – the popular topics like “culture and development”, “culture and diplomacy”, “culture and urbanization” and “culture and economy”.

Notably, these phenomena showed a strong relation to the specific context (“place”) and yet, some at times surprising global interconnections (“common ground”) became visible. And yet: whilst researchers and academics from the “Western world” elaborated on critical analyses of “the state” and “the economization”, the contributions of African and Arab participants demonstrated what it means if public institutions are absent or hijacked by radical and corrupt regimes, thus suspending rule of law and basic human and democratic rights. The willingness to do critical research or to produce arts is political per se, or, to say it otherwise, educational, artistic, scientific and economic interests work jointly towards social and political transformation. In Hildesheim, the “good ol’” cultural policy as social policy (Gesellschaftspolitik) reentered the stage, visibly rejuvenated and with a female, activist and Arabian look.

The questions “Are we just playing an academic career game? Or are we agents of change in a development context?“ that Jonathan Vickery/Warwick University asked during his concluding statement are only relevant to those in the international audience who are able to choose freely which path to take.

Possibly it was due to the focus on „change“ and „agency“ that most presenters did not elaborate on the methodology they used in their research. Therefore, Jenni Johannisson, professor at the University of Borås, Sweden and chair of the scientific committee, pointed out that there is still a great need to establish an academic, theoretically grounded and methodogically sound approach towards cultural policy research. In this, cultural policy researchers should not shy away from the “major” disciplines but seek debates with political and social science and history.

Whilst previous iccpr conferences seemed to reaffirm the “torn halves” of applied and academic cultural policy research, the conference in Hildesheim indicated a changing trend. It was mainly the younger, femalely dominated generation of researchers and activists – such as Rana Yazaji of Culture Resource Egypt – who argued in favour of dialogue, making use of the specific contexts and roles in a productive way. The conference supported this dialogue by creating a non-hierarchical setting with young researchers, practitioners, activists and academically and theoretically established researchers in lively discussions.

Some contributions also presented new alliances on a methodological level, for example in participatory research, informed decision-making and expertise in political agenda setting. Definitely a field which deserves more attention from the cultural policy research community.

The conference organisers managed to get a remarkable group of young activists, „artivists“ and researchers from Arab and African countries who until then had only limited presence at iccpr into the Marienburg fortress – now the culture campus of Hildesheim University. In Panels on “culture and crisis and transformation” they reported on their efforts to implement a progressive cultural policy in times of conflict. At times threatened in their very existence, they demonstrated their strong will to work for a better society by means of culture. Resistance to censorship is on top of their agenda. In their fight against authoritarian regimes they showed their fight for democracy and curiousness, clarity of thought and analysis and agency – a form of energy that us living in oversaturated societies of the West seem to have lost.

A critical analysis is needed: what about the promise of democratisation through culture?

Michael Wimmer pointed at the threats against democracy visible in cultural policy trends around Europe. The aim was to discuss the coincidence between the democracy fatigue within Europe and the increase of authoritarian regimes at Europe’s fringes. Alongside, a young Nigerian colleague presented her analysis of the attempt to establish a civil society based cultural policy as an alternative to state institutions in Africa that should support the economic, political and cultural development of the African continent.

Related to the question in the headline was the discussion in a panel on the new EU culture program „Creative Europe“ and the likely consequences for the sector. The presenters agreed on an economization of the sector enforced by the EU political agenda. They also criticised the bureaucratic decision-making on the program, excluding voices from the civil society. This statement needs a more thorough analysis of what we commonly discuss as “the” civil society, acutally a conglomerate of diverse and conflicting interests. Beside the demand for more public funding („Seventy Cents for Culture“) there is not much that the different interest groups have in common. Nevertheless, there is a willingness to advance the “open method of coordination” in the culture sector, to develop new models of governance and to create participatory decision-making settings.

Arts education has found its place (at least in Hildesheim)

Anke Schad and Michael Wimmer/EDUCULT presented some results of the research on public funding for pilot projects in arts and cultural education. We specifically looked into the relation between political agenda-setting and the implementation into practice in four different German contexts, on the federal level (projects funded by the Federal Commissioner for Culture and the Media) and in three federal states – Baden-Württemberg, Saxony and Lower Saxony.

The caravan moves on: From Hildesheim to Seoul 2016

The conference facilitated a large number of inspiring contacts and talks. Therefore, we would like to thank and congratulate Professor Schneider and his dedicated team for creating this intense atmosphere (since it was almost impossible to leave the Marienburg, unless one was willing to ride 7km by bike back to Hildesheim).

The scientific committee has made its decision: iccpr2016 will take place in Seoul, moving from rural Germany to a vibrant metropolis. Let’s see how the context will influence the content.

Evaluation of Goethe Institut programmes in the context of transformation p...
Scroll to top