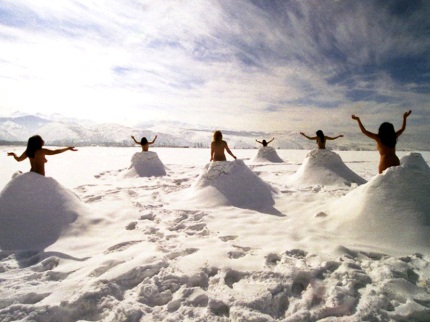 Outland, the arts and social change

The holiday season is over, and back on our office desks we are trying to get organized. Some travel experiences however are lasting and make me reflect upon questions and insights I cannot forget and do not want to forget.

A contract of EDUCULT with the Open Society Foundations (OSF) by financial investor George Soros has brought me to Central Asia – a part of the world, I have to admit it self-ashamedly, I have hardly ever noticed before. Our task was the evaluation of the Arts & Culture Program of OSF. By this, we had the chance to talk to a number of artists and learned what it means to create art in this region and to invite local people to engage with the arts.

The visit started with a Sunday promenade through Bishkek, the Kyrgyz capital, officially the only Central Asian country with a democratic constitution (although highly corrupted). My first impression after leaving the hotel: baking heat, huge avenues that seemed to await marches of the crowds but now seemed deserted. In between some mural remains of the Soviet era, rather run-down, up to today the homes of the most important cultural institutions.

On the huge central place Ala-Too, where two revolutions started in the last couple of years, right in front of the martial National Museum, the Manas monument rises, representing a 18th century Kyrgyz hero, glorifying the Sufi sheiks of Shirkent and Kasan.

Until few years ago, a Lenin monument was placed here which was – other than in most Central Asian cities – not destroyed or removed but replaced to the backside of the central memorial site. Here, the revolutionary is protected by law still a popular background for wedding pictures and other celebrations.

Underneath the place, which is constantly subjected to Russian pop music during weekends, a labyrinth of cellar spaces can be found. As we learned from the couple of artists Muratbek Djumaliev and Gulnara Kasmalieva, this underground space is used for contemporary arts exhibitions such as „In the Shadow of Hereos“. Public authorities did not provide any funding for this initiative, but at least offered security services.

This constellation reminded me somehow of Vienna, especially of the MuseumsQuartier, where the glorified past dominates the public space, whereas contemporary arts are, according to the slogan “the more contemporary, the more underground”, locked into the hermetic volcanic stone block of the Museum of Modern Art. The so-called “Russian momument” is located further from the centre, but is also protected by the Austrian constitution.

A propos Russians: even if countries like Tajikistan, Turkmenistan, Uzbekistan, Kazakhstan or Kyrgyzstan have formally gained independence since the 1990ies, Russian influence is still visible. Russian television with its many private stations is omnipresent in the capital and influencing the cultural attitudes of the locals.

In addition, the continuity of the cultural infrastructure of museums, theatres and concert halls still dominates the cultural attitudes of a small intellectual elite educated in the Soviet era. When talking to the artists I became aware that the Soviet Union as the former colonializing power had imposed on the Central Asian societies a classical concept of culture, translated into Russian, related to Goethe, Shakespeare, Beethoven, as well as Pushkin and Tchaikovsky, irrespective of the traditional storytelling of local epics and myths.

Now the state cultural policy tries, at least in a programmatic way, to relate to pre-Soviet cultural heritage, thus hoping to strengthen national identity. The reality in the cultural institutions reflects a continuity of a Russian cultural hegemony, comprising also the training of artists at academies, where “social realism“ is still the dominating quality standard.

Not only in the catacombs of the Ala-Too-Place, but also in other niches, some young artists try to establish themselves as avant-garde of new artistic forms of expression, using what we talk of as “conceptual art”. Their work conditions are rather precarious. They act in isolation, as public authorities are – if at all – are relying on traditional networks and do not pay any attention to “new art”.

The artists often centre their work on extreme physical experiences. Their videos and performances are directly provocative, aiming at irritating traditional perceptions of the arts, at overcoming them. There is a movie by the English art critic Waldemar Januszczak, “Kazakhstan Swings”, presenting some of the rather extreme artistic actions.  Until a few days ago, the film could be viewed on youtube but it has recently been removed.

We could observe that the artistic scene does not have a broad audience, only a few connoisseurs appreciate the work. Therefore the artists strive for international recognition rather than for success on the national level.

In lack of state funding the scene is highly depending on international engagement. Foundations like OSF successfully secured the survival of these artists, maybe even improved their conditions (even if something like a local art market still does not exist). Through events like the Central Asian Pavilion on the Venice Biennale, selected artists can access the international arts market.

OSF, fostering the mission of promoting open society, does not support the arts in order to fuel the international art market with new innovative forces from remote parts of the world but in order to make use of the arts as instruments of “social change”.

The foundation can draw on exceptional examples of dissident movements in Czechoslovakia, Hungary, Poland and the Soviet Union with intellectuals, artists (mainly authors) as driving forces, thus contributing a lot to the downfall of totalitarian regimes.

In the course of our visit to Central Asia I became more and more uncertain whether this comparison is really valid, given that the societies in Central and Eastern Europe have always disposed of a strong middle class that was able to act as a basis for artistic dissidence. Contrarily, the comparably young societies of Central Asia do not seem to take notice of contemporary arts production which is consequently marginalised.

In comparison, for western society, postmodernism led to a fragmentation of the value system, basically “arts can do anything”. In liberal societies, art is losing the potential to provoke.

I can imagine that many artists and art lovers do not accept the frowning of an aging Bildungsbürgertum as compensate for the slight of their narcissism. So why not try to revive artistic hope production as a weapon for social change, if not here, then elsewhere, where there is still an authoritative power in place to fight against.

Therefore the few artists who create contemporary work in Kyrgyzstan are exposed to pressure from two ends: One being the lack of national acceptance, the other being the burden imposed by western supporters who expect them to be the catalysts of social change. And yet they are lone fighters, acting in precarious circumstances, are probably the least likely to fulfil these high expectations.

It is quite en vogue to quote the audacity of „Pussy Riot“ who reached global media presence as well as getting two years of prison. What is often forgotten is that these young anarchist artists, together with a few others, some of them also artists, are rather exceptional, whereas there are three museums of contemporary arts (and two for media arts) just in Moscow whose representatives do not seem to have any severe problems with the oppressive character of the Russian government.

The question remains whether contemporary arts per se have the power to change societies or if it is rather the political consciousness of the ones who fight for social change, be it artists or other professionals.

By coincidence, the arts festival „steirischer herbst“ is holding a 24/2 marathon camp dealing with the questions: „Should art help in solving problems that politics and society themselves have ignored for so long? Should art be a social or political tool, can it be useful? And why should it know what to do when nobody else does?“

A final remark: our project also brought us to Kazakhstan (exactly where our former chancellor Alfred Gusenbauer is consulting Nursultan Nasarbajev, the potentate who sits on a huge oil hole in the ninth biggest country of the world). More on that maybe next time.