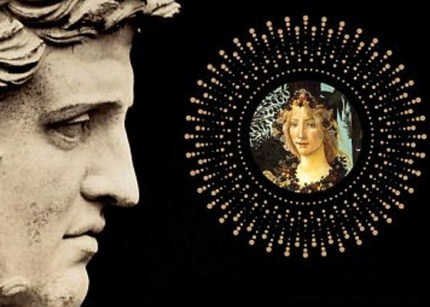 A new Renaissance is possible

Recently I came across the book “The Swerve: How the World Became Modern”.  In this book, Stephen Greenblatt, Professor of English and American Literature and Language at Harvard University and author of a fascinating Shakespeare biography describes the discovery of the final copy of an ancient manuscript titled “de rerum natura” written by Lukrez. According to Greenblatt’s research, the secretary of Pope John Paul XXIII, Poggio Bracciolini, embarked on a dangerous journey to southern Germany in 1417 after the Pope’s discharge in Constance, where he discovers the final copy of the manuscript in an abbey.

What was extraordinary about this discovery was not only that a manuscript hidden for centuries behind thick abbey walls became accessible to the medieval world. It was also the explosive message of the manuscript, challenging the theocratic world order of the early 15th century and thus sustainably shaking the strict God-given societal hierarchy. Lukrez, who regarded himself as a follower of Epikur, described in this poem over several hundred pages the theory of “atomism”. This theory did not regard the world as ruled by gods (if they would exist, they would have other things in mind than caring about the world) but as constantly (re)creating itself.

According to Greenblatt, this discovery disturbed the very basis of the medieval mind-set and had through its provocative statements major impact on the rise of the Renaissance. Bracciolini enabled the creation of the modern world, which as a humanistic history of progress has not yet come to its end. Although not all reviewers agree with this thesis the narrative relates to a fundamental contradiction which has not been resolved yet – at least in the education system.

Lukrez’ poem features the sentence “quo quaeque modo fiant opera sine divom“ (“everything happens without gods”). This explicit formulation of atheistic ideas must have been an outrageous provocation at the time of its discovery. It hit right into the mindset of a medieval society believing into the absolute dependency on God’s will as a complete determinant of the individual existence. Everything happening in daily life was regarded as “destined from above” and therefore by an extra-terrestrial authority ruling through earthly representatives. Everyone had to obey this will.

The theoretical dissolution of the divine order opened the doors to Humanism, enabling human beings to create the world themselves. Of course this withdrawal of a divine universal order led to a fundamental feeling of angst and abandonment (and therefore to strong countermovement). Obviously it also led to a new creative power and motivation to create as the driving forces of artists and scientists throughout the Renaissance.

This anthropocentrism was mirrored by humanistic education following the ideas of the ancient world and opening up future perspectives. Through the discovery of book printing these ideas could spread out to the scholarly world of the time. The education of the ancient world was regarded as the role model and the optimistic and creative individual as the bearer of societal development.

The contradiction I notice in this respect is that already at that time all theories to position the individual learner at the centre of education processes existed. From a humanistic perspective the individual is addressed to play an active role in the creation of the world and thus to emancipate from earthly and heavenly supremacy. Obviously this concept has not been fully realised.

One of the reasons behind this might be the role of the church in persistently monopolising education and therefore the definition on the content of education. Therefore education remained in “God’s hands” what has led the Italian humanists at the heyday of the Renaissance to the combination of ideas, according to which the human being is created in God’s own likeness, as the “Pride of Creation” – something Lukrez might not have agreed with at all.

Obviously it was not possible at the beginning of modern times to release education fully from theocentristic ideas and thus enabling the individual learner to fully enjoy the inherent creative power. Apart from some scholarly circles, the contrary seems to be the case. The will to indoctrinate persists over centuries, regarding learning as a “top-down” process and limiting the learner to repeating what has been learnt.

This figure of “top-down” learning developed out of a theocratic spirit (visible up to today in the organisation of the absolutistic Vatican) seems to contain massive powers. This dependence remains even after the transition from catholic to public organisation of education practically without interruption ­– for example, when the rise of the industrialism determined the mass-creation of human machines through the curriculum.

It is no longer Lord God who keeps the learners in angst-ridden dependency when acquiring the subject mentality. Also his secular representatives do not act any differently when claiming to be almighty knowledge-providers who know what is “the best” for the pupils and who do not show any willingness to share the definition-power in learning processes. Also minority-led attempts to change this relationship by repositioning the learner at the centre e.g. in the context of reformatory education concepts have not had great impact.

A few days ago I participated in a conference in Vilnius launching a major school development project. Based on the model of “Creative Partnerships” in England (and funded through EU structural funds), both the ministers of education and culture and a highly motivated group of practitioners from school and cultural institutions decided to try out new ways of teaching and learning. In contrast to other countries I found it remarkable that the leaders of this Lithuanian initiative took care in developing a conceptual basis for their actions. Thus discussions on a contemporary concept of humanistic education were considered as very important.

On this basis the participants agreed that any well-intentioned efforts to move “creativity” into schools would be in vain if the existing structures remained in place. According to the afore mentioned considerations the system has sufficiently proved how well it is able to resist to any attempts to foster “creativity” as the universal power of the learners to actively change the world around them.

In Lithuania as a country with both strong religious tradition and a past of political dependency, a daring speculation came into my mind: to draw on the humanistic ideas and to try and link them with the presence.

Just like the world at the times of the Renaissance Lithuania is confronted with the decision whether it is now possible to overcome persisting real or mental dependencies within school and outside school and thus thoroughly fostering creative powers within society (and not only within a lesson between 9.20am and 10.10am). This can also be compared with the development of the media as new media have comparable impact on the masses as book printing at the time.

In this context the experiences in Vilnius encouraged me to sense a kind of new Renaissance behind the daily crisis ululation fostering a universal feeling of insecurity and apocalypse in Europe. Maybe this time it will fulfil the humanistic prophecies.

So it might be time to read the Renaissance manuscripts again or even „de rerum natura“. The reading would remind us that historic turning points are perfect occasions to set creative powers free. However it is connected to an appeal to every one of us to make use of their rights to actively create the world – and not to wait for a signal from above. An education placing the learner at its centre could make a decisive contribution to this empowerment.