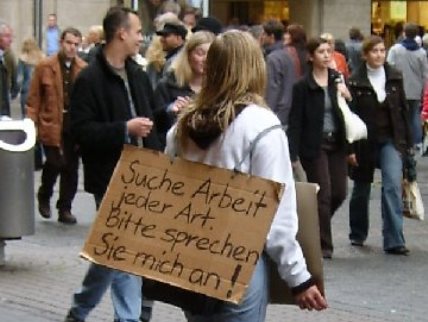 Why arts education has to deal with the European crisis

“At a time when global resources and economies tighten, arts and cultural education has a role in re-inventing, re-visioning, re-searching new and traditional means for engaging communities and especially young people.”

This was the mission statement of the second “World Summit on Arts Education – Polylogue II” that took place in May 2013 in Wildbad Kreuth/Bavaria. Representatives of more than 40 countries gathered in the idyllic Bavarian Alps to discuss questions on “evaluation”, “mapping” and “competences”. Many contributions were characterised by the desire to somehow demonstrate the added value of arts education to foster competences in a wider social and economic context. Again, the case was made for creativity and innovation as instrumental to overcome the crisis.

The social crisis as a taboo

The crisis itself, its reasons and consequences remained widely excluded from the discussion. All of us seemed to having arranged with the fact that the worsening circumstances of a growing number of “young people” are not part of our considerations. No one talked about the masses of unemployed youngsters in Southern Europe and the consequences, pauperisation and radicalisation. No one mentioned the destruction of talent among a whole generation. No one referred to the collapse of political concepts, useless in their attempt to soften the effects of capitalism. No one asked what this means for arts education. Obviously, this turned the normative targets to foster creativity into empty phrases.

Interested in why arts education has cultivated an ignorance of the harsh realities, I came across a text of Mary Ann Stankiewicz, Professor of arts education in Pennsylvania. In “Capitalizing art education: Mapping international histories” (2007), she concludes: “British, European and North American modes of art education developed with the rise of capitalism and emergence of a middle class”.

In this she detects a coincidence between the demand to support art education as an essential part of general education and the enforcement of the logics of the market economy, with a rising middle class as its proponent. The basis of this class was formed by both the acquisition of financial capital and symbolic capital (Bourdieu). Therefore, arts education “made capitalism successful in a sustainable way to be organized in the frame of nations within which the middle class could find its cultural identification“.

At this point, one could argue that the middle class has for a long time lost its hegemony in creating cultural capital – in a pluralistic society, the cultural offer is available for everyone who wants to use it.

The end of middle classes and its consequences

The few existing data demonstrate that it is still the highly educated social strata who are the main users of the offers of public cultural institutions (see e.g. the Second Youth Cultural Barometer of the German Centre for Culture Research).

And also the recent public provocation by the Russian artist Petro Wodkins, who distributed the false information that the Museum for Modern Art in Vienna (MUMOK) would have to close temporarily due to an „unacceptably high number of well-off visitors” would not work if the middle classes no longer dominated the cultural sector.

A propos class: In France, the renowned Jean Jaurès Foundation has recently published a study on “Le descendeur social“. The results are not supporting the assumption that the middle class would dissolve into equally coexisting milieus. Instead, the researchers found that the members of the middle class fear the loss of their status and becoming part of the deprived population (catégories défavorisées). According to the study, the proportion of social decliners has risen between 2010 and 2013 from 57% to 67%. The majority of the French population assumes to live in worse circumstances than their parents’ generation and forecasts that in ten years, the situation would be even worse (and their children’s situation even worse than their own)…

Probably, this pessimistic trend is not much different in other European countries. The growing insecurity of European societies facing the capitalist dynamic that can no longer be softened by political measures becomes visible – capitalism devours its children. The lucky few who took advantage of the crisis probably won’t carry the flag of arts education. In this context, the German sociologist Michael Hartmann has observed a paradigm shift among the economic elites. “Some ten years ago, culture was an important element of social distinction for economic elites. For the economic leaders of the generation 1930-1950, now retiring, culture was vital. They liked to mention that they play the violin or the piano in their spare time or that they paint or collect art. This kind of classical culture is no longer important for the generation of 45-55 year olds that are now in charge“.

In the context of the present fundamental shocks, which remind me of the decline of the communist regimes, there is less and less hope to rely on the middle class as carrier of “arts education”. Facing the perverseness of market economy logics, its members struggle with other issues – despite the attempt of the participants of the World Summit (predominately middle class, I presume) to suggest that arts education has the power to influence social and economic circumstances in a positive way.

I would argue that the credibility of future concepts on arts education is depending on the ability to draw the consequences from Stankiewicz’ analysis: by looking at the real circumstances of the victims of the crisis, by trying to understand them and by trying to change them. Only this would legitimize the claim that social cohesion is fostered through arts education.

Arts education between critical analysis and the affirmation of growing inequality

As long as the discourse on “arts education” is not connected with the development of (cultural) policy perspectives on the future of European society, reinvigorating the social and political role of arts education, it will remain a nice accessory of a fundamentally wrong political development. Or the last dominion of a shrinking middle class, who is desperately trying to maintain their supremacy at least on a normative level.

As food for thought I recommend the interview with the German economist Heiner Flassbeck on the collapse of the European model of society. He provides an indirect answer on the World Summit mission statement on “when global resources and economies tighten”. Flassbeck reminds himself of his first lesson in macroeconomics: “The sum of the debtor- creditor relations worldwide accumulates to zero”. To put it simple: what is taken of some, is given to others, what makes live harder for some, makes it easier for others (also in terms of making use of culture).

This can only mean that the victims of the crisis are counterbalanced by the winners (who are rarely mentioned), making profit of the rising inequality of European societies.

Arts education (invented as the symbol of a prospering capitalist growth society) is – against some statements of cultural and education policy and in the lack of alternatives – not an adequate instrument to correct the social problems. But to face them and to respond to them could raise the credibility of its stakeholders.