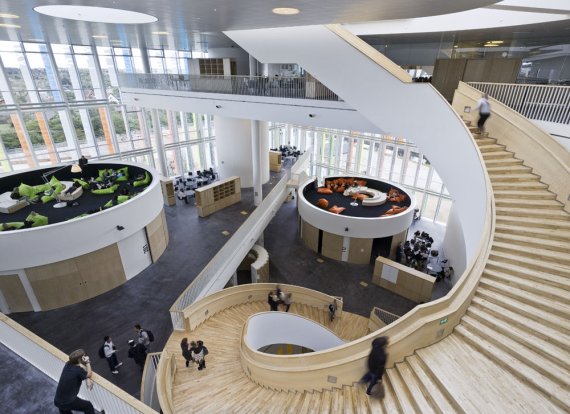 Europe: to be cultural or not be

The political scientist Anton Pelinka stated in the context of the presentation of his book Europa – Ein Plädoyer that Europe is a “brainchild” and has not yet arrived in the “belly of the Europeans”,

One tends to agree if only there was not the level of aggression and wrath of a growing part of the population. The contempt of what people perceive as Europe has indeed reached the “belly”. These fierce emotions are grist to the mills of the nationalists.

This emotional backlash is the result of a collective helplessness in the light of media reports telling us daily news about gigantic transactions of financial jugglers (“debt crisis!”) which allegedly should save Europe but affect people’s living and working circumstances negatively (“austerity budget!”). Naturally, this contradiction does not lift the mood.

Anton Pelinka as representative of an intellectual minority holds the numerous successes of the “unfinished project” since 1945 against this – peace, social security, freedom and individual opportunities , democracy, human rights. After the experiences of the 20th century, not even hardcore Eurosceptics dare to criticize them and yet, they would be threatened by an EU-disintegration (and an increase of inner-European conflicts).

We must not leave the decisions on Europe’s future to a handful of bankers (and the politicians on their leash), as it is suggested to an astonished and petrified audience. Therefore I would like to look into the question how education and culture can contribute to slowing down the current Euro-defeatism and transform the negative energy into a new kind of pro-Europe engagement.

We must admit that the prerequisites are not in our favor. All European treaties regard the policy authority for education and culture as national. This circumstance reflects the history of national education systems based on the two pillars “consolidation of national identity” and “promotion of industrialization”. Schools have the task to prepare young people for their role as loyal citizens of their nation. Beyond this, schools function as selection machineries placing the young patriots as producers and increasingly as consumers in the industrial system.

The immediate effects are still visible, as schools rather refer to the myth of national characteristics than to political attempts of further European integration. A range of education policy makers (in France, Danmark or the Netherlands) tries to create something like a national knowledge canon whilst attempts to strengthen the shared European knowledge (e.g. European history books) remain exceptional.

The maintenance of an „industrial logic“of schools at a time when only 8% of Europe’s turnover is generated by the production of material goods is even more problematic.

We need a reinvention of school

Unlike any other public institution schools are not able to master „the transition from an economic age to a cultural age“(Paul Schafer: Revolution or Renaissance) – although international education experts demand a profound reform of national education systems for years.

No coincidence Ken Robinson comes into my mind, who pointed at the antiquatedness of the national school systems in his TED lectures.

Without sharing his great expectations in the weak term creativity, one could get the idea that schools at present state rather hinder than foster the development of young people’s potential. The marginalization of arts-based subjects in traditional curricula is one example that impedes the recognition and promotion of individual talents.

In addition, young people are forced into a passive attitude. Despite studies (such as the EDUCULT evaluation of the German Kultur.Forscher! project) giving evidence that an attitude of inquiry towards learning fosters interest and curiosity and that an active involvement of pupils is key to school success.

Put simply: while national education policy makers struggle with attempts to pimp the existing school structures, it becomes clearer that this will not create national or European perspectives. Everyone who has ever visited a new school like the Orestad College in Copenhagen (see picture) connecting innovative architecture with a new culture of learning and teaching experiences the untenability of the existing education structures.

In his book The Element – How Finding Your Passion Changes Everything Ken Robinson has developed a perspective on learning based on interviews with a variety of people. It is no longer national identity and training for a certain profession that count, but the potential of individuals to develop their inner strengths from which they can generate energy, passion, mindset, and meaning – in a more and more complex surrounding. In short: to enable them to find their element, what drives them and gives them strength.

All evidences indicate that those who have learned to know their strengths and trust in them do not necessarily need to form a new caste of self-referential autists. On the contrary: a positive attitude towards the self is the decisive starting point for a new interest in others, the surrounding and the world. This is even truer for Europe, fundamentally depended on the curiosity and participation of the young generation but waiting to be discovered and brought to life by the majority of pupils that is still caught in national school systems.

Diversity and beauty are connected

One reason why schools are so resistant to make arts a central topic I found at Josef Reichholf’s book Der Ursprung der Schönheit (The source of beauty). Coming from Darwin’s theory of evolution Reichhof reflects on the existing perceptions of beauty he does not regard as the norm, but as a deviation of it. Therefore the arts as provocation to deal with beauty refer to variety and diversity. Everyone knows that ideals are pleasant, but irrelevant and unattractive as they lack something special and extraordinary.

„Beauty“ and „freedom“ are therefore closely connected, while Reichholf regards „freedom“ as immediate result of the search for “beauty”. If beauty is not limited to recognizing an expected standard and rather visible in the extraordinary, it becomes clear that dealing with the arts would be able to shake the foundations of schools specialized since their existence on the avoidance of any deviance.

Although we have only experienced Europe in a limited way, there is one thing we know for sure: it is diverse and multifaceted.

One could fear this characteristic. Or one could learn to deal with it, in order to experience it as a special quality and wealth. As a very attractive form of learning, I argue for a more intense exposure to the arts at schools (and outside).

They enable us  – in the sense of Pelinka and his attempts to establish Europe not only in the brain but also in the belly – to connect cognitive and emotional ways of learning about freedom and to experience beauty in strangeness and variety.

If we reach this, much is reached for Europe.

„Culture and Democracy“ at the Austrian Parliament
Scroll to top