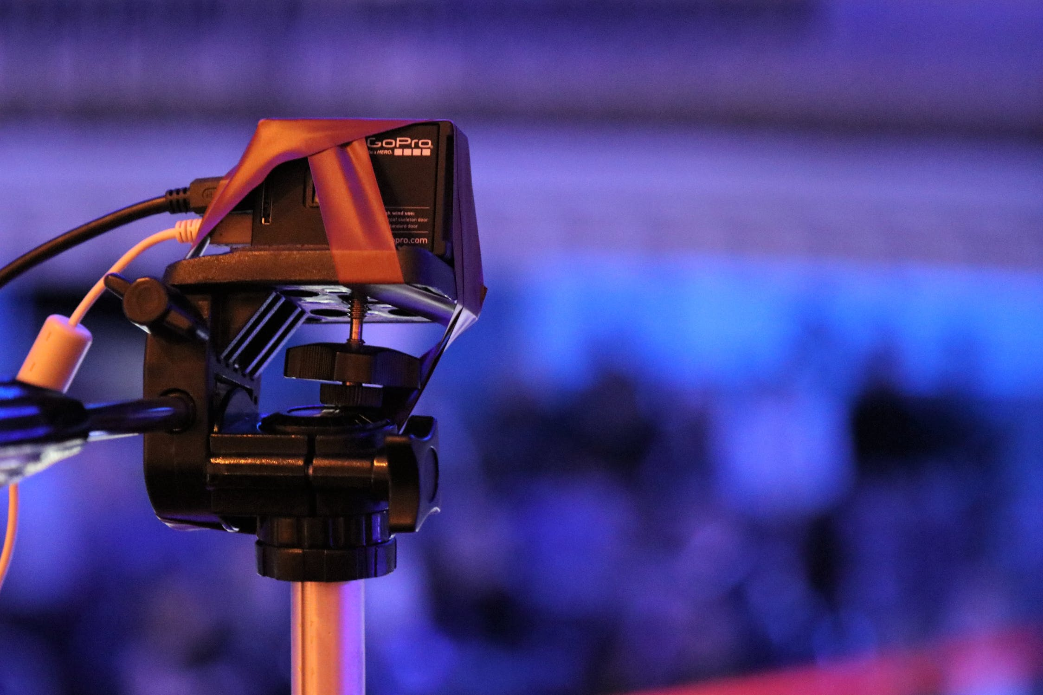 Help, they took away our audience!

The cultural sector is suffering, cry for help follows cry for help. And there is no end of worries in sight. Following the government’s decision to ban all public events until further notice, the ground was effectively pulled out from underneath, especially for smaller artistic initiatives. And in one fell swoop, the central importance of a (paying) public became clear, whilst maintaining the cultural sector’s right to exist.

The affected artists are trying to present their art in new digital formats to the public. Even larger cultural institutions are pushing their virtual performances in the hope that this will keep their audience engaged. While hopes for a further virtualization of the cultural sector are spreading everywhere, others are already thinking about the potential loss to the sector that such a sudden (digital) oversupply could cause.

At the same time, the call for state aid programmes is becoming ever louder. These programs should ensure that the artists are able to survive the current state of emergency. After the end of the pandemic – or so the expectation goes – they would be able to return to normal operations. Possibly, however, more is at stake. What is at stake is the future relationship between art producers and art recipients, in other words, the public, which wants to be renegotiated as a result of the cultural sector’s shut-down.

A logic still prevails which, while lamenting the loss of the audience in the established spaces, limits itself to somehow reaching them in the tried and tested manner and with the help of digital channels. The offer to bring the art home is intended to keep the audience happy, so that afterwards everyone can return to their usual cultural behavior (primarily in their capacity as paying visitors).

Behind this hope, however, lies a fundamental imbalance that assigns completely different values to the artists and their audience within the cultural industry. It is inscribed in all of us: Art is negotiated on stage, that’s what it’s all about. The audience is only a (paying) accessory, which, at least in terms of making art, has no deeper meaning. On the contrary: art is produced FOR the audience and not WITH them.

The difference in value is shown, among other things, by the fact that, from the artist’s point of view, the audience is generally considered to have a deficit character. As such, they are exposed to a permanent learning demand: Parents should teach their children cultural behaviour from an early age, the school should provide the necessary cultural skills. And even after that, the aim is to continue learning within the framework of diverse art and cultural education programmes, in order to know as much as possible about art and artists, so that at some point they may become worthy of being able to experience their art adequately. However, because the creation of art is constantly evolving, the public must constantly educate itself further in order not to fall into the clutches of ignorance. Only in this way is it possible to successively be allowed to join the privileged group of those who are awarded the label of a knowledgeable and at the same time grateful audience. It is therefore constitutive for an audience to take as much interest as possible in artists and their achievements. As such, it is subject to a permanent learning process (which can be quite pleasurable) in order to be able to adequately perceive and experience what is currently being negotiated by the establishment as relevant to art.

It’s quite different with the artists. Their first mission is not to take an interest in their audience and to learn as much as possible and over and over again. Their task consists primarily in the ability to make art. Their learning refers to the acquisition of specific artistic techniques. In addition, they turn inwards in search of their artistic potential, occupying themselves with their own work or studying their peers in the hope of gaining a distinctive artistic profile. The fact that they, with their highest individual ambitions, have always been a product of social expectations coming from the outside can be too easily ignored. And this is also true of the constitution of the audience and therefore of those for whom they make art. As a rule, none of this plays a role in their artistic ambitions, or if so, only a very subordinate one. On the contrary, it would only distract or corrupt the painstaking search for their own artistic identity.

This means, however, that artists usually know nothing about their audience, no longer want to know anything, or are not even allowed to know anything, and thus have little learning experience with regard to their addressees. The non-artistic part of the business should deal with the audience, e.g. the marketing departments, whose task is reduced to somehow getting the venues full (even by acquiring “socially disadvantaged” people, if necessary). Art-making should remain as unaffected by this as possible.

And so, even after the closure of the physical operation, art will simply continue to be produced and sent into the virtual world via the Internet. There will already be people who want to listen to or watch it. From a market economy perspective, however, a structural imbalance between supply and demand arises here: supply largely follows its own logic. Whether or not there is a demand for art, it is created, which as such is not even recorded in detail, let alone analysed. The resulting ignorance is often coupled with a jarring degree of arrogance, according to which the sole blame for a lack of demand lies with the (potential) demanders themselves. They are said to have too little interest in the existing supply to experience a moral (“you are abandoning the artists”) or even cultural devaluation (the corresponding attributions oscillate between “uncultured”, “uneducated” and “ignorant”).

Recognizing one another as relevant

The growing sector of art and cultural education has recently called this structural imbalance into question. For its representatives, art-making constitutes a form of social practice that assigns an active role in art-making to all those involved, both the producer and the recipient. In its formats, the traditional opposition between the artists’ claim to art on the one hand and the subject claim of the participants in the artistic process on the other seems to be at least partially relativized. Accordingly, they are viewed with a certain degree of disapproval by the “real” artists, for whom “their” art is the sole focus, while every attempt at mediation is quickly interpreted into a sense of a parasitic weakening of what is actually at stake.

And yet it is precisely selected formats of art and cultural mediation that also and especially ascribe potentials to the non-artists involved, which identify them not only as receiving objects but also as subjects who (co-)act themselves. As such, they become part of a process of making art together as a specific form of human communication that makes all of them active participants and involves them in new learning experiences.

Most artists are not prepared for these challenges. Even during their training, they negotiate unbrokenly traditional occupational profiles, in which artistic quality standards immanent to the training company alone set the standard. From those who are supposed to follow these standards as an audience, the young artists, with a few exceptions, experience nothing. In this self-conception, even statements of art criticism as general voices of the public are regarded as dispensable, since most of their representatives would not understand much about art anyway (even less so the audience themselves).

Although various avant-garde currents of the 20th century have repeatedly attempted to build bridges between art and life and thus between makers and users, these have not yet reached the mainstream. Even terms such as “cultural participation”, “community arts” or “artistic citizenship” (for many of which there are not even any manageable German terms to this day) remain mostly foreign words, even for the young generation of artists, let alone that they are willing or even able to try out their forms of application in their own artistic practice (the pressure of their trainers, who themselves were brought up in the spirit of artistic elitism, is apparently still too great). So there can be no significant further development of artistic quality standards. Such a development would not be limited to the evaluation of artistic artefacts but would at least take into account the quality of communication of those who jointly engage in an artistic process.

In their current desperate attempts to reach “their” audience again with their art, at least in digital space, artists unintentionally give a clear sign of their own unwillingness to learn. While many people in front of their tablets are currently trying out various possibilities of digital communication and interaction, appropriating them and thus also changing their cultural behaviour in the long term, artists believe that by temporarily switching to another (perhaps digital) channel, they can somehow perpetuate “their” art one-to-one in another medium and thus their traditional relationship to their audience.

The chances of this are decreasing day by day. Even the world of art will be different after the pandemic. Survival will probably be less in the hands of those artists who, thanks to government aid programmes, think they can continue to do as they have done up to now. I grant better chances of survival to those of them who use the brief moment of social standstill to deal more intensively with those of whom they claim that their art has something to say to them. The stereotypical reaction of making concessions to a cheap mass taste should quickly be recognized for what it is: the carte blanche to not want to muster any curiosity or willingness to gain corresponding knowledge about the audience and thus to adopt the exact attitude that is otherwise only assumed by the unreliable users.

If artists want to continue to perform a significant function in public space, they will not be able to avoid stepping down from the pedestal of self-representation and presenting themselves as permanent learners. This would amount to an artistic attitude that shows the audience the same appreciation for their subjectivity as for themselves. The gain: artists would then be what they pretend to be; people who, in the full sense of the word, engage with the unpredictability of life in order to wrest a more or less relevant sensual-aesthetic experience from it in their dealings with other people.

This access to the world, however, is in principle open to all people.  Thus, artists as self-learners emerge from an artistic encounter with their audience just as changed (and hopefully enriched) as those to whom they have already expected this learning experience as a matter of course. A positive example of this could be the performance of the Russian-German pianist Igor Levit, who invites his audience to accompany him in his rehearsals every day.

The fact that a feudal understanding of art would thereby arrive more than a hundred years late in democratic conditions should not be underestimated in times of reawakening authoritarian hopes.

Click here to go directly to the original text!