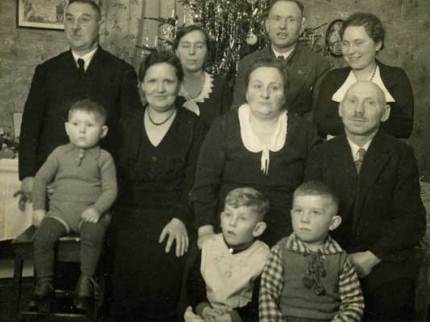 And still, we celebrate Christmas

Recently, the Austrian Institute for Youth Research presented its latest survey “Jugend und Zeitgeist”. According to the survey, young Austrians are pretty much “pragmatic egocentrics”. They distance themselves from any ideological statements; their position on social issues is limited to the topics that directly affect them. The differences between male and female youngsters are quite striking: whereas 81% of young women regard the intention “to redistribute money from the haves to the have-nots” as a question of social justice, only 48% of young men would subscribe to that (and I leave it up to you to see any correlation with the higher participation of women in the arts and culture in this aspect).

Overall, the results show the sustainable effects of a passing on of values based on the principles of individualization in a competitive society. More than a third of the young people surveyed subscribe to the idea “everyone is the master of his fate” or “it is everyone’s own fault to get in financial trouble”

We can assume that the attitudes of young people pushed into a chaotic world reflect the attitudes of the society as a whole. The statements of Austrian youngsters – who regard the Occupy-movement as something rather strange – show no tendency towards social change. In this, they correspond to the adult majority’s tendency towards “every man for himself!” as a consequence from the crisis-ridden daily news.

With their attitudes, young people tell about their attempts to master their own fate. Moreover, they tell about the fundamental failures of an adult generation that led to these attitudes. It is not nice to hear this. But is it really something new?

Friedrich Heer and the education of Europeans

Searching for explanations for the present developments in Europe, I came across the Austrian cultural historian Friedrich Heer. In the 1960ies and 70ies, he ranted against the stale air in the Austrian living room, a poor imitation of the German model, with the verve of a conservative nonconformist. In this, he came to the conclusion – based on his profound analysis of the Austrian history – that only the construction of a united Europe would be able to solve the challenges ahead.

In his article „Erziehung zum Europäer“ – „The education of Europeans“ in 1962 (in: Heer, Friedrich (2003); Europa: Rebellen, Häretiker und Revolutionäre, Böhlau publishing) he finds explanations that fit to the latest survey results on the youth zeitgeist in an almost prophetic way. At the beginning he quotes the later queen of the Netherlands, Beatrix: “I believe I can say that in Europe, especially among young people, there is an empty space, a vacuum: we are missing a joint ideal. We do not have the feeling of moving towards a clearly defined future; our life has no real plan, no aims that we follow together.” The severe effects on many young people would be “lack of interests and passivity”, “indifference”, even “resignation”.

Friedrich Heer asks: „Can the older generation be of any help? And if so, how can they help? They can be our teachers and leaders if they realize that the youth of today cannot be sedated with sweet lullabies. We have heard enough big words. We want someone to shake us, to weak us up.”

Once more: this quote is from 1962 and yet nothing could describe any better the misery between the generations 50 years later, a few days before the turning of the years 2011/12. In his considerations, he points at a fundamental contradiction, possibly describing the initial cause of a potential failure of the European project. It is the contradiction between “up” and “down”, winners and losers, but also between heart and mind.

For Heer, it was clear that „it is easy to be an „upper“ European and very hard to be one of the “down” Europeans. He meant that for the well-mannered, polite people from the then-called “high society”, it would be easy to subscribe to the European values. For the masses of those struggling for their daily bread, the world would look very different: “down” in the masses of native workers, fearing the enemy in every foreign worker, the „communauté dans la haine“(community of hatred) built on a long history of conflicts could not be overcome from one day to the other. “Down there, where ancient hatred, volksangst, smoulders. Passionate will to survive of the men and women who fear of losing their language, their patrie, their soul…it is hard to be a European by heart; the heart as the inner center of human existence, as the dynamic core, where will and passion, the strongest and most terrible desires live.”

The finding that maintaining social barriers represents the main barrier for the European project brings Heer to propagandizing an idea of education starting with the “very deepest inner” of the learners. This inner core would still be occupied by ancient angst and hatred, manifesting themselves in diverse and diffuse resentments, aversions and defensive reactions that could only very slowly be developed into an enlightened and mature European patriotism.

It is quite astonishing that Heer as a conservative cultural historian has not counted on culture but on the economy when it comes to “educating the workforce as Europeans”. He develops rather nonconformist ideas, for example in proposing that the progress of the Europeanisation of the company should be made visible to the workers, and that it should be communicated how essential this process is for the maintenance of prospering employments. And yet, he fiercely contradicts the current opinion leaders on the topic of the European crisis: “Europe is not a museum. And Europe is not a share package that through new dividend distributions, through the propagation of certificates could be upgraded in a way that would motivate the common man to happily take risks – life-threatening risks.”

Europe needs phantasy, imagination and the revival of the artistic and creative potential of every individual

In this respect, he remains an idealist, supporting an education that is not reduced to concept of qualification: “The formation of the inner virtues of human beings is as important as the education of the intellectual virtues.” And he tells us – as representatives of cultural education – nothing new in placing special emphasis on “phantasy, imagination and the revival of the artistic and creative potential of every individual”: people will only fully support a Europe that they could create themselves: towards the inside, towards a widening and deepening inner space and towards outside.”

Many commenters have already depreciated Europe. “Europe is dead!” is the common exclamation. Great Britain’s stepping out of the decisions on the EU summit is the latest proof for the perishing of the integration process in the face of the economic turmoil. What is not mentioned is that Great Britain has always insisted on a special role. Peter Preston has written a satirical novel, “The 51st State” on this topic already in 1998, in which he describes the ambivalent role of Great Britain towards the rest of Europe as the fictional change from an EU-member to the 51st state of the United States of America. Also the persisting ambition of at least six European countries to enter the Union is hardly ever mentioned.

The feedback of the young people on their emotions seems to affirm the Eurosceptics, who have always known better, at least for now. The movement towards a better common future seems interrupted. And yet: maybe we need the perspective of a historian like Friedrich Heer to make us recall that firstly, not everything was better in the old days and secondly, that all attempts to move back the wheel of history went wrong.

Europe as an unprecedented political experiment

If we use our imagination, we could develop the image of an unprecedented political experiment in which we are privileged eye-witnesses. “It was a surgery on the open heart” said one of the commenters after the latest long night in Brussels, during which the leaders of 26 countries agreed on a joint working process.

And indeed: what is happening is an astonishing, unprecedented process in which – admittedly, under high financial pressure – the representatives of around half a billion people “with all their different unresolved pasts in an unresolved present towards a vague future” (Heer) agreed on a common political concept. They trusted the idea of living in conflicts and yet finding joint solutions. And this is the major historic event that we should not forget about as eye-witnesses of the breaking news media reality.

Compared with the analysis of Heer in 1962, the sheer process of the European integration – surmounting the fundamental political changes in many European countries – means a great accomplishment. Too fast, we tend to forget that in 1962, the “cause of the crisis”, Greece was ruled by a military junta, Spain and Portugal by a fascist regime and no one could even imagine that the communist countries of Eastern Europe would ever join the Union.

And yet, the survey among young Austrians makes clear that there is still a long way to go. Bernd Ulrich doubts the scale of the present challenges in his article “Stärker, besser, mehr“– “Stronger, better, more”: “It is clear, the politicians will need man more summits to reach peace and stability. The citizens’ patience is enormously taxed – and their sense of solidarity.“

But he concludes with a positive resumé: “2011 was a good year for Europe. But: 2012 needs to be better…the solutions will not be perfect, they will be European.”

In this sense, I would like to thank you, my patient readers for your interest in my articles. I would like to wish you and us that both Friedrich Heer and Bernd Ulrich are very right and that what distinguishes the European project despite all its frustrations will one day find its result in the surveys on young people’s values.

Evaluation of the on-site consulting teams
Scroll to top