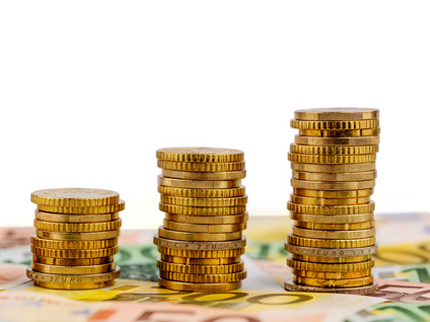 Some thoughts on money, culture and politics from an Austrian point of view

Almost 15 years ago, the major cultural institutions of the federal republic of Austria changed their legal entities to full legal capacity. The cultural economist Peter Tschmuck has analysed this process and its effects in „Die ausgegliederte Muse“ (the outsourced muse).

The end of the road is near

Since the crisis of the Burgtheater became public, the end of this kind of reorganisation of public cultural institutions seems near. The former director Matthias Hartmann thought he could make use of the organisational construct by referring to his artistic (self-)productions for the account of the state.

To the surprise of many, he failed and was released from his office. Obviously he underrated the deal connected with the full legal capacity of public cultural institutions. They are expected to receive stable public funding and to find other necessary income sources on the market.

When talking to managers of cultural institutions, they complain that at least six-digit sums are missing to at least keep the current state. At the same time they regard fundraising and sponsoring opportunities as limited, given the economic situation.

As the Burgtheater receives 46 Million Euro public money, more than twice as much as any other German stage, it is evident that these complaints are referring to high standards. There is also the reverse case, even in Vienna, where the Concert Hall (Konzerthaus) for political reasons has to survive on half of the average public funding for concert halls, a situation that has led the institution on the edge of bankruptcy (articel in German).

These few highlights on the powerful cultural infrastructure of Austria (with the majors taking the highest share of funding) bring me to the conclusion that drastic decisions are necessary. One option would be to rise public funding after years of stagnation. The chances are low.

Another option is based on a new wave of reorganisation and related topics. This would mean hard work when tackling questions such as why Vienna needs a massive cultural infrastructure dating from the Habsburg monarchy used mainly by tourists and privileged citizens as the population is changing quite dramatically. Could there be for example more cooperation between the majors in collecting, marketing and infrastructure? And there is a third option, a federal foundation for culture that has already been discussed in the 1990ies. This agency could help downsizing administrative structures and support private engagement by offering tax incentives.

One more option emerges from Germany, referring to the tradition of transferring resources from West to East to support the economic and social integration of the „new“ German states: a solidarity contribution for culture.

„The result would be to stop all public payment…“

Burkhard C. Kosminski, theatre director in Mannheim who has published this suggestion in an open letter to the German government, also refers to the potential consequences of TTIP, the Transatlantic Trade and Investment Partnership on the culture sector. The journalist Jens Jessen has described the drastic effects of this partnership agreement on public cultural funding and democracy. Meanwhile the chief-negotiator of the European Commission Karel de Gucht has tried to weaken his arguments. What is left is the option that the cultural funding system loses its very basis of legitimacy in a few years’ time. Thus, cultural policy’s very existence is depending on the ability to resist this partnership.

On the changed self-perception of cultural umbrella organisations

Private investment is not the solution. Not only in Germany a range of private foundations have entered the cultural policy scene following. They pursue their own agenda, to the dismay of many cultural associations. These independent associations are confronted with shrinking public funding and less and less able to fulfil their role as interest groups acting on behalf of their members in a democracy. Instead they change to target-led service providers surviving from project to project. The system seems to work in favour of private foundations with higher budgets. Acting as a giver instead of a taker, cultural policy makers are very willing to listen to them.

Has the EU become too big for culture?

Once more non-institutional actors are hit the hardest by these developments. They are – unintentionally – both competing among each other and suffering from the competition that favours the big institutions. This is demonstrated on the European level by the new programme “A Creative Europe” that seems to intend a thinning of the sector by privileging the larger initiatives. Explicit references in the calls seem to confirm this presumption.

The effects of these seismic shifts within public cultural funding are already visible. A range of trusted and renowned partners of EDUCULT with international and national track-records are facing extreme financial difficulties. They were forced to discard some of their best staff and to develop new business fields far from their key competences. On every European conference I meet people who talk about having to surrender and dissolve their initiative because of the circumstances. Others keep on surviving only by support of temporarily employed staff or interns.

The consequences of this high volatility in the acquisition and implementation of cultural projects is a new form of discrimination against young professionals who are forced to make their way through the sector on a job-to-job basis. What keeps them going is their idealism and hope to find a permanent position.

Freedom to create and limited by precarious work positions

This kind of survival strategy not only of independent organisations is accepted because the cultural sector nourishes the myth that individual fulfilment and social engagement are necessarily connected with bad or no payment. This observation is based on personal experience as head of an independent (non-funded) organisation. I often get invited to write articles or to hold speeches. The question on the payment for my effort often causes some irritation. It seems that people suspect me to not feel enough passion for the cause because of my unwillingness to work for free. It does not make things easier when this message comes from people in well-paid stable positions who would never even consider working for free in their spare time.

The cultural sector as a mirror of social injustice

It would be about time to get rid of this myth. Some statistics might be of help, e.g. the data on income of cultural professionals generated by Michael Söndermann. The data demonstrates that the income in the cultural sector is spread in a highly unequal way, reaching from a small and privileged share of top-earners to the large majority of precarious workers.

This brings us back to the need to reorganise big cultural institutions. Matthias Hartmann’s legacy consists in demonstrating the privileges of the leading figures in the cultural sector. The lesson we learn is that a fundamental shift in cultural policy is needed to stop this. With his courageous decision to discharge the Burgtheater director, the Austrian minister for culture and the arts Josef Ostermayer has pointed the way. Consequently, following this path would lead to new options for cultural policy that could show us that cultural policy is more than a programme to benefit the few and discriminate the many.

P.S.: This winter term I am going to teach at the Institute for Theatre-, Film- and Media Studies. My Seminar is called “Facing the big bang: the end of cultural policy?” Who knows, maybe the students develop ideas on how to avoid the big bang.