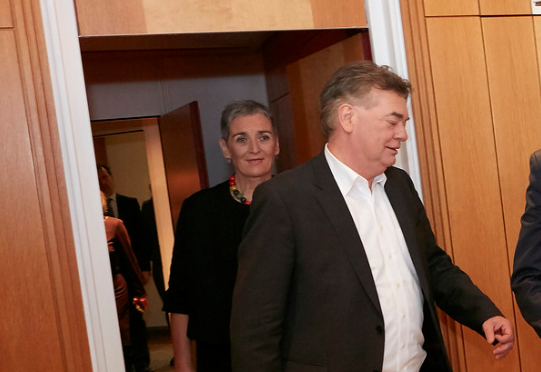 A Changing Cultural Policy: Underdevelopment in a time of uncertainty

Recently, a commentary by Stephan Hilpold, head of the feature section of Der Standard, was published with the title “Stiefkind Kultur” (Stepchild: Culture). Obviously, not everything has gone smoothly in the course of the new government formation in terms of responsibility for art and culture. The former rector of the Academy of Fine Arts, Eva Blimlinger, was long considered a favourite for the perception of cultural-political competences at the federal level. For some time there was even talk of a specific Ministry of Culture, which was to be headed by Blimlinger. There was great hope that such a departmental and personnel decision would increase the relevance of the cultural sector in Austrian society in the long term.

What has been realized is quite different. While Blimlinger, the resolute co-negotiator of the arts and culture chapter in the government programme, took over the chairmanship of the parliamentary culture committee, Werner Kogler once again pulled a surprise candidate from his hat in the shape of MEP Ulrike Lunacek and made her the  State Secretary responsible for arts and culture. Now, the political merits of having this Green-party bedrock are beyond question; it is easy to understand why Werner Kogler, in the current suspended situation, did not want to forego Lunacek’s many years of political know-how as a junior partner in a coalition with strong ÖVP representation. Admittedly, it is unlikely that the two confidants in the Vice-Chancellor’s Office will primarily exchange views on cultural policy issues.

Ulrike Lunacek is a largely unknown quantity in cultural policy; correspondingly, memories of similar constellations emerge. When the former mayor of Wiener Neustadt, Peter Wittmann, first headed the State Secretariat for the Arts in the Chancellery under Viktor Klima’s government, Klima boasted that he had made culture a “matter for the boss”. He had previously brought the Rolling Stones to Wiener Neustadt and yet he had already made an impressive belly-flop in his first major television interview. Based on the experiences of that time, it is not entirely absurd to interpret Lunacek’s appointment as a victory of a party strategy over professional competence, with which once again cultural-political issues were sacrificed to overriding power interests. Anyone who is aware of the high degree of personalization within the cultural industry will miss the penetrating assertiveness of the undisputed expert Blimlinger.

An appeal to the cultural sector: moaning, groaning and complaining is not a cultural policy strategy in the long run.

Reasonably expectable, and therefore symptomatic of the public discourse, were the lack of complaints from artists and cultural workers in the run-up to the event that culture was not receiving the attention it deserved. Their concerns were negotiated exclusively as unattractive set pieces in the power poker game, and the (intrinsic) value of culture was not sufficiently appreciated. This almost ritualistic form of collective reasoning, after the manifold attempts of right-wing forces to take over cultural hegemony, only insufficiently conceals how little the cultural sector has done – always with reference to its claims to autonomy – to improve its standing in society and thus also to influence political decision-making.

After all, the composition of the new federal government shows that the outdated deal between the state and the cultural sector, based on the motto: “Wash my fur but don’t get me wet”, no longer works. The state, which is supposed to confine itself to maintaining a largely hermetic bell jar, under which a self-referential cultural enterprise largely satisfies itself, has been shattered. Accordingly, a cultural industry (such as Gerhard Fritsch’s dictum at the beginning of the 1970s that it was necessary to open the windows of an old German living room and let in a fresh breeze) appears to be more strongly called upon today to intervene in social conditions and thus to appear as a (cultural) political actor. After all, there is much to be said for the fact that the generation of political pressure is the only language capable of understanding political responsibility of whatever political colour.  Lamentation, including the raising of the moral cudgel, will do little to help.

These days, when the first analyses are attempted on the chapter “Art and Culture” in the current government programme, the main focus has thus far been on the fact that it addresses the precarious social situation of artists. Eva Blimlinger’s influence can easily be seen in the paper, when several points deal with reform measures at art universities, such as when it comes to the promotion of inter- and transdisciplinary projects and, beyond that, the strengthening of interdisciplinary cooperation, for instance between the cultural and technical scene and start-ups as well as universities and other research institutions. The field of cultural mediation is also given appropriate consideration. All in all, however, the overall lack of a cultural-political strategy is once again apparent; instead there is a jumbled mass of good intentions, each of which, when standing directly next to the other, offers few common prospects of leading to a cultural-political offensive.

Because this chapter also contains a reference to the creation of a “federal museum holding company”, the first signs of  criticism are already being voiced. Johanna Rachinger, Chairwoman of the Directors’ Conference of the Federal Museums, suspects that the claims to autonomy of the state institutions are being violated, thus once again making clear the desire of their leading representatives to be as little bothered as possible with cultural policy (at least as long as the state provides sufficient funds).

But what did the chapter “Art and Culture” from the previous government redeem? Nothing

However, you can rest assured. It is worth taking a look at the chapter “Art and Culture” in the governmental convention adopted in 2017. There you will already find passages that can be categorised under the concept of a federal museum holding company (there it says “use of shared services”). Almost nothing has happened, and not only in the area of state cultural institutions. After all, already there we read about the “worldwide unique importance of art and culture for Austria” (as a special form of flattery for a marginalized group) and learn about planned priorities and the associated elaboration of a master plan (of which, thanks to an almost ostentatious disinterest of the former minister responsible for the department, Gernot Blümel, nothing was heard).

What is particularly painful today seems to be the fact that the old programme advocates a detailed focus on cultural education (one of the four central objectives was entitled “Getting children and young people interested in art and culture”). In comparison, the current programme falls rather behind, a catalogue of measures in this respect is missing. The only exception is the intention to transform the Austrian music schools into comprehensive art schools following the Czech model (the fact that in this context music schools are once again reduced to a preliminary organisation of art and music universities in order to guarantee the next generation of artists appears to be a particular drop of bitterness). The fact that Heinz Fassmann is once again taking over the education department in this context, who in the last legislative period did not take any initiative whatsoever in the direction of cultural education (instead he made himself the executive organ of a right-wing, predominantly ethnically and religiously conceived cultural policy, which amounted to additional discrimination against migrant children and young people), should cause us to listen carefully.

As I have already shown on the basis of the analysis of previous government programs, there is hardly any other policy field in which written programmatic intentions have as little significance for (cultural) political action as in the field of cultural policy. Accordingly, it is to be suspected that the many positive and negative projections relating to the governmental text on “Art & Culture” are pure shadow boxing. In just a few weeks – or so I suspect – no one will crow about it any more.

And we will once again have returned to the good old days, in which the state from time to time claims to pursue cultural policy (without substance), and the cultural industry criticizes the lack of cultural policy in the knowledge ( and, in the case of some privileged people, in the hope) that this does not happen anyway.

What remains is a new secretary of state in the person of Ulrike Lunacek, whose first task as confidante of Werner Kogler will be to maintain the precarious balance of power between a dominant Turquoise faction (which is currently trying to maintain its course) and a Green faction that is under constant pressure.

Litmus test for communication with the scene

It would be nice if she was also interested in art and culture (her predecessor, Gernot Blümel, ostentatiously was not – although he was the minister). As an inquisitive interlocutor who meets artists at eye level, she can probably achieve more than the executive body of a programme to which no one will refer to in case of emergency anyway.

Click here to go directly to the original text!

Cultural Education in Schools in Salzburg
Scroll to top