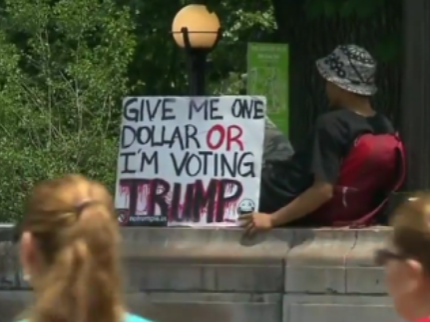 We all have to return to Reims

Why otherwise the right-wing can succeed

There is a black & white photograph of me as a ten year old boy. I stand with my grandparents in front of their shared-garden plot shed on the outskirts of Vienna. The photography captures their poor living conditions.

My grandparents first met in Vienna as so-called "Bettgeher”. They came from small villages in Upper Austria and Burgenland to work in the Austrian capital. Their weekly wages couldn’t cover rent for a private room, so they had to share a bed with other young professionals– one slept there during the day, the other at night. Later they were able to rent their own apartment, but it was destroyed during the Second World War. So they moved to an shared-garden plot area, where they stayed until their death. For me their garden was a special place of love and security; I participated in my grandparent’s strictly regulated daily routine and helped with the gardening work, but it was also a place of comfort and celebration.

My grandmother was religious. Every year she built one of the richly decorated altars for the parade at the Feast of Corpus Christi, while my grandfather collected the donations at the Sunday Mass as the sacristan in the adjacent Chapel. On the way home he always stopped at a small shop to buy the Sunday edition of the “Arbeiter-Zeitung” (newspaper of the labour movement), while my grandmother was preparing breakfast for us prudent churchgoers. It would have surprised me years later.

These memories of my own childhood came up while reading Didier Eribon’s autobiography "Return to Reims". Eribon tells of his attempt to free himself from the cramped conditions of a typical working class family on the outskirts of Reims. At the end he has to admit that he had failed to escape from this scence. After the death of his father, to whom he had no contact during his lifetime, Eribon – now a member of the intellectual elite in France – comes back to his mother and in this context invites us to a number of very uncomfortable considerations.

In his impressive descriptions of his own poor family circumstances, Eribon illustrates the strength of the emotional bond and need for love and appreciation that forces us to stay in our origin milieu. Eribon managed to become one of the leading representatives of the French sociologist scene; but he still couldn’t really leave his social background behind.

To change from left to right-wing

A part of Eribon’s book entitled “How from left to right” deals with the issue of how it can be possible that his milieu, which was conscious as leftist opposition for a very long time, is now on the verge of supporting the political right. His considerations start with a memory that 50 years ago his milieu still had a political and thus a specific class consciousness: "When I was a child, my entire family was communist. The Communist party defined their political thoughts and principles."

But how is it possible that one coming from the same family and socialist background should just a short time later choose to join the ideologies of right or extreme right-wing parties? Eribon explains this categorical turnaround in political attitudes with the betrayal of political elites towards the socially oppressed and the lower classes of society.

From year to year, the socialist left underwent a radical transformation and associated with questionable enthusiasm with neoconservative intellectuals, which started to hybridize the ideological essence of the left movement. There were no longer talk of “exploitation” and “resistance”, but of "necessary reforms" and a "restructuring of society”; no more talk of “class relations”, but of "living together" and "individual responsibility".

Also from an Austrian perspective we can find a number of documents for this “political betrayal”. Primarily they can be found in the social democratic ideologies of the 1970s, after which the Left – once they had come to power – would be able to change the existing class differences and  integrate the lower class into the middle class within the agenda of general sociopolitical change. This Socialist reform agenda has allowed a number of people to leave their original milieu and to gain social positions which seemed unreachable before. The price for this was the negotiation of originally being a member of an oppressed class and to distance oneself from their former living conditions.

The failed political agenda of a general middle-class

It turns out that the Austrian cultural scene had been of particular importance in the course of this "political betrayal". The slogan "Culture for All" determined the Cultural Policy beginning in the 1970s and meant in a special way that inherited class relations could be overcome: Since the 1970’s, a cultural-political ideology dominates, intending to create a places of cultural life where people, regardless of their social origin, can come together as equal individuals.

As the available data shows, people didn’t follow these cultural policy cries to overcome class barriers by use of distinct cultural offerings. This is not altered by the presence of current attempts of "cultural diversity" either. The leading social democratic officials simply do not know about the everyday life of their former milieu anymore. They do not even know what measures of cultural policies are needed to improve the positions of their citizens and voters.

It seems unfrotunately as if the former left political culture functionaries got lost in the capacity for political analysis. Otherwise they would have recognized that the demand for a general middle class has not worked out. Instead, not only has Austrian society abruptly split into two opposing positions and social milieus, but severalpercieved political contradictions have been produced, for which established politics is largely unprepared.

Through his work Eribon’s describes his own experiences  with the difficulties of overcoming the cultural values of one’s own milieus without being stigmatized as a "traitor" who thinks they are better than their social background. According to my own observations, most of the people who work in the cultural sector don’t know about the existential problems of the people who live at the margins of society, simply because of their own backgrounds in society’s middle.They remain unaware of the existensial effect one’s background has on them, and because of this, would not be willing to take the side of a party who targets society’s marganalized.
To the extent that they do not do this, those in the art and culture field contribute to the continued existence of power relations in society.

The class of outcasts has lost its leadership

It is just a sign when the German historian Christoph Bartmann speaks in his recent book "The Return of the servant" of a Renaissance of feudal relations. There is evidence that in the context of the current socio-political radicalization, a class of the oppressed and ruled is about to occur. The essential difference between the heydays of the class society in the 20th century and today is the considerable lack of political leadership in this class today. Based on his own family relationships Eribon describes racist dispositions, especially by male workers in dealing with the "foreigners” 50 years ago. He also makes it clear that there still was a leadership that had made it impossible to justify the claim of change of unjust political conditions with a general atmosphere of xenophobia. With the general declaration of solidarity the oppressed people allied with the equally exploited foreigners against the “class enemy”.

Nowadays the gap between those who have managed to overcome their social origin and those who see fewer and fewer opportunities to do so as well, appears as an ideal field of agitation for the right-wing parties. If it is no longer possible to effectively speak out against one’s own suppressed position in society politically, the right-wing populist lot remain there to give, albeit negative outlets concerning growing frustrations in society. This is why reasons for one’s own personal plight have not been successfully attributed to where they actually belong after thoughtful political analysis, but instead find blame with those who similarly suffer suppression, but who are easily distinguishable as “the others” because of their language, skin colour or sexual orientation.

A few days ago, when I was on my way to the airport early in the morning, I encountered the people who have to do this every day in the train; they were tired, listless, and without any more expectations from their lives. I became immediately aware of the fact that they no longer have political hope of improving their situation. They have to be happy about the fact that things are not worse. Or they join the just newly forming "historical bloc" of opponents against the regime and express the anger against "those at the top”. This is the kind of anger which the right-wing uses nowadays.

And there is no one around who would be willing to return to Reims.